Home>News>Battlefield versus Call Of Duty

Two biggest outstanding shooting game of all the time in the modern gaming world. On different gaming forums people are want to know which is the best , they put games head to head. Both games are well known in first person shooting games. If we talk about Call Of Duty, a game of war with outstanding realistic gaming approach gives you a rich quality simulation about wars. On the other corner if we talk about the Battlefield. The game is developed by the Swedish company EA sports; the game is based on strategically tactics. The Battlefield was the first well known first shooting game in multiplayer. The game defined the total concept of military wars, rich quality of weapons with different characters like Assault, Engineers and much more. So Which is the best blockbuster game between Battlefield and Call of duty?

Let’s talk which one is better, talk about the Call Of Duty. I played almost every part of Call of duty . The game is based on the missions, you have to complete different missions with limited team member , complete different objectives and you will achieve your target , I loved Call of duty much but when I played Battlefield 2 I relay addicted to it, if we compare the multiplayer of both games than the Battlefield will be the best , the more realistic approach , great player attributes , You can enjoy your online game without any lag , the multiplayers maps have different tactics. On the other hand if we talk about the stories mode than Call of duty is on the top , missions are based on a story timeline , you are fighting against  your opponent with a huge collection of weapons with squad players. The pure Commando experience is rich in Call of Duty. If we talk about the player attributes than in Battlefield the super army commandos are more realistic, jumping over a higher distance is more dramatically better than COD. Usually people don’t like the respawn time in Battlefield, but you can play with a large range of weapons in Battlefield, the experience of vehicles is also better than COD . I’m not compare these games graphically because the graphics quality is based on the console .

In the last if I put my opinion , if you are an online gamer than you should move towards the Battlefield. On the other hand, If you move for missions than the story timeline is best in Call Of the Duty . 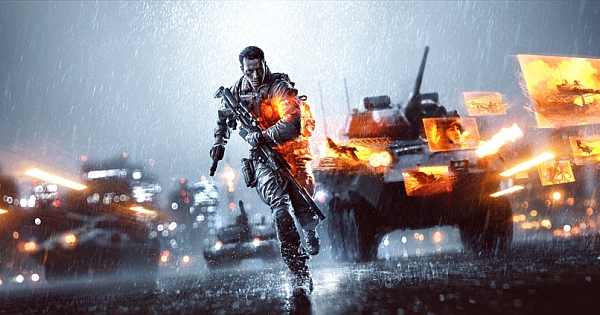